A company's brand is often its most important asset. Apple's brand is estimated to be worth over $200 billion according to Forbes. People see a brand as a promise between the consumer and company to deliver quality. Criminals use the trust built up by company's brands to deceive others. Read about the common ways a brand is used for illicit means online.

Cybersquatting involves a person buying the URL of a trademarked brand or product in bad faith. This might be done to sell the domain to the copyright holder or interested group. The person with the domain might also use the domain to entice traffic to click on paid ads.

There is a more dangerous use-case of cyber squatting. A criminal could buy a domain name with a similar URL as the target brand to steal information. The design of the site is made nearly identical to the target. From there, they can steal credentials of people logging in withe forms. The practice of cybersquatting is so destructive to commerce that the US enacted the Anticybersquatting Consumer Protection Act (ACPA) in 1999.

Example: Someone looking to buy a new iPhone might head to AppleProducts.com. However, they are greeted with ads to entice the curious visitor. The owner of the site gets some money and the user gets confused by Apple's brand.

Fooling people with fake applications is a similar concept to creating a duplicate of an official website to fool visitors. The criminal could create a duplicate of a popular app. The perpetrator can even create an app for a company that does not have an app. The apps in question are typically not listed on the Apple App Store or Google Play App. They might be listed on less common marketplaces or promoted via a direct link from other channels like YouTube.

If a person installs the app, their phone could be held hostage for ransomware. Another case might involve the actions of the person using the phone being captured and used to steal credentials. In other cases, the fake apps simply do not function. In any case, having the brand co-opted is harmful to the company's reputation.

Example: The popular game Fortnite was not available on Android for a period of time. This demand for the game prompted many to install apps that claimed to give users access. However, the app instead did not provide the game. Instead, the in-app experience just led to the creator getting money for each download.

The Internet and social media have brought added dimensions to counterfeiting luxury goods. People are either looking for real goods and buying fake ones by accident or seeking out the imitation products. The purchase process is supported by the multitude of messaging and cash transfer apps.

Having your product counterfeited leads not only to lost revenue but a hurt reputation by an inferior product existing in the market. The online counterfeiters are hard to find and shut down.

Example: Instagram is the home to a massive number counterfeited goods for sale online. Over 64 million counterfeit posts have been published so far in 2019. Fake Gucci or Prada goods fill up popular hashtags.

Companies can fight back on a case-by-case manual basis against these practices. Platforms like Instagram and others have the processes in place to review complaints and take down content. Criminal charges can also be brought up. This course of action might turn the tide against criminals.

Another option is to protect your brand in the digital world by having constant cyber surveillance. Stay aware of attempts to counterfeit your goods. Get warning if criminals are performing phishing using your company name. Uncover cyber-squatting on your brand or products. Ensure your brand is not being co-opted in rogue applications or websites built to do harm.

Cipher uses proprietary methods to monitor and uncover unauthorized usage of brands and resolve issues. If you are interested in learning more, send us a message.

Did you enjoy this blog article? Comment below with your feedback. 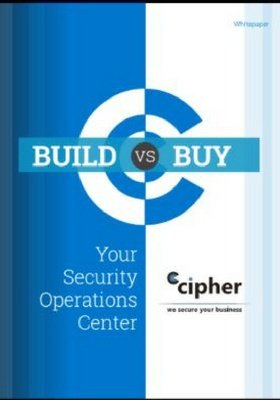